Wars over oil shaped 20th century history, but it’s clear that most 21st century conflicts will be over water. Will climate change, the rising scarcity of water resources, and increasing regional instability lead us into World War III?

The Book of Genesis says water was there in the beginning. But will it be there at the very end?

Water, the elixir of life, is the bedrock of sustainable development and is vital for healthy ecosystems, socio-economic growth, energy and food production – and human survival.

A few years ago, Pope Francis posed a shocking question: “I ask [myself] if in this piecemeal third world war that we are living through, are we not going toward a great world war for water?”

The worries over water have been rising exponentially over the last couple of decades. Three successive UN Secretary Generals have sounded the alarm on water conflicts:

The situation has only worsened since then.

Research shows that water use increased at more than twice the rate of population in the 20th century. This has left cities across the world – from Lima and Cape Town to Basra and Chennai – gasping for water.

The World Economic Forum’s Global Risks by Impact list has seen water crises rank in the top five every year since 2012. Things reached a head in 2017. Relentless droughts forced as many as 20 million people across Africa and the Middle East to abandon their homes due to the consequent food shortages and conflicts – the worst humanitarian crisis since World War II. 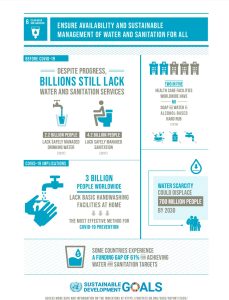 Predictions by the United Nations and the World Bank state that water scarcity impacts approximately 40% of the world’s population, with up to 700 million people at risk of displacement due to drought by 2030.

A World Bank report has stated that water scarcity, aggravated by climate change, could hamper economic growth, lead to migration, and spark conflict.

The water wars theory is backed by a study by the European Commission’s Joint Research Centre (JRC), which states that the effects of climate change and the rising scarcity of resources can lead to “regional instability and social unrest”.

The paper zeroed in on hotspots where hydro-political issues are likely to flare up. People in most of these are regions, which are short of fresh water, live with a “transboundary”, meaning a shared water source, be it a lake, river, or basin.

The five most vulnerable hotspots include the Nile, Ganges-Brahmaputra, Indus, Tigris-Euphrates, and Colorado rivers.

Journalist Steven Solomon’s book Water: The Epic Struggle for Wealth, Power and Civilization states that many conflicts in the modern world will be fought over water as it surpasses oil as the “world’s scarcest critical resource”.

He writes that the earth’s fresh water supply is barely 2.5%, most of which is in ice form in glaciers. World water use has doubled in the last century, and divided countries into water haves and water have-nots.

“We’ve now reached the limit where that trajectory can no longer continue…[because] there’s simply not enough,” he says.

Magsaysay awardee Rajendra Singh, also known as the Waterman of India, has said that the government in India, along with the corporate sector, is playing havoc with the five elements, especially water.

He said as many as 15 lakh water bodies were spread across rural India at the time of Independence, but more than 12 lakh have now been either encroached or polluted. With about 72% aquifers drying up, people are left high and dry.

India’s Waterman believes that water could be the main cause of World War III.

Warring over water isn’t new to our world with flare-ups going back to Mesopotamia in 2500BC, Assyria in 720BC, China in 101BC, and 48BC in Egypt.

In today’s time, conflicts continue in different parts of the world: between Israel and Palestine, Mozambique and Zimbabwe, Bolivia and Chile, and between Turkey, Syria and Iraq. The civil war in Syria, the Nile dispute…the list goes on.

The UN, after analysing current water availability and future projections, has confirmed that a conflict over water is likely in almost 300 areas.

What can be done?

Water challenges can typically be divided into two categories: water infrastructure problems (the lack of capacity to harness and distribute water from its sources) and water resource problems (dropping levels of surface and subsurface sources).

Policies can help drive change, but these must be effected in harmony with environment, forestry, and industry policies so that all stakeholders align resources to restore and rejuvenate water levels.

This is more important in urban areas where the proportion of the world’s population residing is already 55% and likely to hit 68% by 2050.

Building water resilience and tackling potential flash points for conflicts is a responsibility that the entire world needs to shoulder. Sadly, there’s no one-size-fits-all solution that can be applied.

Water-sharing agreements have helped reduce disputes since time immemorial. More than 200 such treaties, including the 1960 Indus Waters Treaty between India and Pakistan, have been signed since the end of World War II.

Reducing water usage drastically, getting infrastructure ship-shape, and reducing agricultural over-use are among the steps that are suggested by experts. Desalination of seawater can also help as can recycling waste or ‘grey’ water.

An estimate reveals that increasing capacity of global desalination and wastewater treatment could reduce the proportion of the global population under severe water scarcity from 40% to 14%.

As populations continue to grow and demands from agriculture, industry, and people continue to soar, the world’s water crisis will only worsen. The time to act is NOW. The future of our planet depends on it.

Diva Envitec is working to meet the many water-centric challenges and take steps to resolve this never-seen-before crisis. Our project-based approach, efficient equipment, and latest technology deliver customised industrial solutions for wastewater treatment and product recovery from waste streams. Connect with us to know more.

2 weeks ago
2 months ago